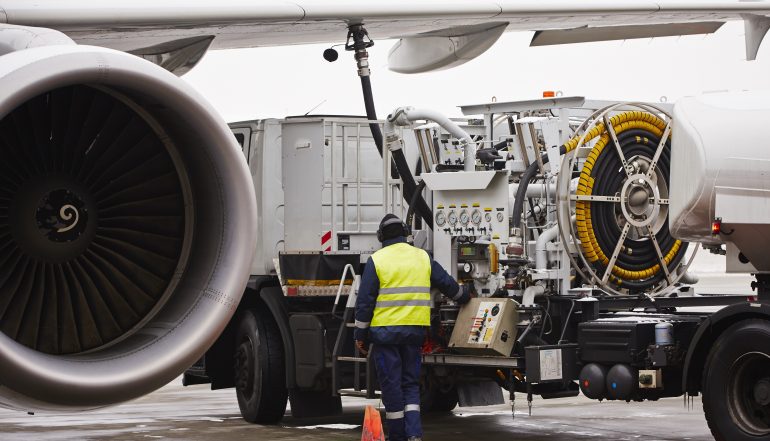 When and Where You Need It

You can depend on EMD Oilfield Services Ltd for the following:

What Is Jet / Aviation Fuel?

Jet fuel is a type of aviation fuel specially designed for aircraft usage, powered by gas-turbine engines. It is colourless to straw-coloured in appearance. It is a mixture of a large number of different hydrocarbons. The range of their sizes (molecular weights or carbon numbers) is defined by the requirements for the product, such as the freezing or smoke point.

The Nigerian jet fuel business has grown in recent years, with about 1.1 billion litres sold in Nigeria in the year 2015.

1) Jet A: Jet A is a Kerosene/gas blended jet fuel.

2) Jet B: Jet B is a fuel in the naphtha-kerosene region used for its enhanced cold-weather performance. However, Jet B’s lighter composition makes it more dangerous to handle. For this reason, it is rarely used, except in very cold climates. A blend of approximately 30% kerosene and 70% gasoline, it is known as wide-cut fuel. It has a very low freezing point of −60 °C (−76 °F), and a low flash point as well. It is primarily used in some military aircraft.

3) Jet A-1: While almost identical to Jet A, it has a lower freezing point and an anti-static additive. It is the international standard of jet fuel.

To learn about all of our services,
contact us today for more information

You can give us a call at +234 810 929 8077 or fill out the form below to request a call back for more about our services. A member of our team will be more than happy to answer any of your questions or even provide an estimate. We'll be in touch shortly.
× WhatsApp Us